The $20 for '20 Campaign, Good News for Galloway and More

Nov 26 2019
Fellow Democrats, the calendar is about to turn to 2020.  We have a plan for victory.
For the last several months, the Jackson County Democrats have been analyzing data, testing campaign messages, recruiting candidates, and building a team of volunteers to do everything we can to retake state and local offices come election night next November. Learning lessons from the past several elections and using the momentum against the damaging policies of Republicans at the federal and state levels, we are poised to have major victories here in Jackson County just like we saw recently in Virginia, Kentucky and Louisiana.
But, of course, we need the resources to get the job done.  The JCDC has evaluated a budget from summer through the November election that requires $20,000 more than we raised and spent for the 2016 races.  Since we aren't Republicans with billionaire donors who fund PACs for a year with the stroke of a pen, we have to get our donations the hard way: a little bit at a time from many different sources. So how do we get to $20,000 in a grassroots campaign?
Jackson County Democrats $20 for '20 campaign
If we can get 100 unique donors to pledge $20 a month from now til the November election, we will meet our goal AND get a bonus of $5,000 from a great donor who is challenging us to get this done.  This extra funding will make a HUGE difference in supporting our candidates up and down the ballot as we know we will be outspent by our Republican opponents and their special interest money.
By coming together and pledging $20 per month, we can show our Republican opponents we will challenge them everywhere in Jackson County and for every statewide office. Join the fight now and invite other friends and supporters to do the same. Onward to victory in 2020!

In a race that many would have guessed six months ago would garner little national attention, the Democratic Governors Association now says it has "excitement" about the 2020 race between Auditor Nicole Galloway and unelected Governor Mike Parson.  Specifically, their research finds the drastic attacks on women's health care rights by the extremists in Jefferson City (which even President Trump said went too far) have the potential to "drastically alter" the contest.

A released memo shows 60% of independent voters and 20% of Republicans say the law banning abortion after 8 weeks even in cases or rape and incest as a reason for not supporting him in 2020.

A Boone County judge ruled on Nov. 18 that the University of Missouri System’s prohibition against the possession of firearms on its four campuses doesn’t violate the constitutional right to bear arms.
A UM-Columbia law professor filed a lawsuit challenging the UM System rule barring firearms in 2015, claiming it ran afoul of a constitutional amendment Missouri voters ratified in 2014 with 60.9 percent support that revised the gun-rights provisions of the Missouri Constitution. However, the Missouri Supreme Court subsequently ruled in several unrelated cases that the 2014 amendment merely restated gun-rights protections as they previously had existed and made no substantive changes or created new rights.
In the current case, Circuit Judge Jeff Harris said Attorney General Eric Schmitt, whose office intervened in the case on behalf of the professor, failed to meet his burden of proving that the university rule, which had been in place for many years prior to the 2014 constitutional revision, is unconstitutional. Harris noted that the only witness the attorney general called provided testimony that actually was favorable to the university by offering a statistical analysis showing an increase in violent crime on campuses that allow firearms. Even though the burden of proof was on the plaintiff, Harris said the university in fact offered sufficient evidence to show its rule complies with constitutional standards.
“To reach a result based on something other than the evidence adduced at trial would be engaging in judicial activism, which the court will not do,” wrote Harris, a Democrat. “The court must reach a judgment based on the evidence adduced at trial, and the evidence adduced at trial supports a finding that the rule is constitutional.”
The case, State ex rel. Eric Schmitt v. Mun Choi, could be appealed. Since it involves a constitutional issue, the appeal would go directly to the state Supreme Court. 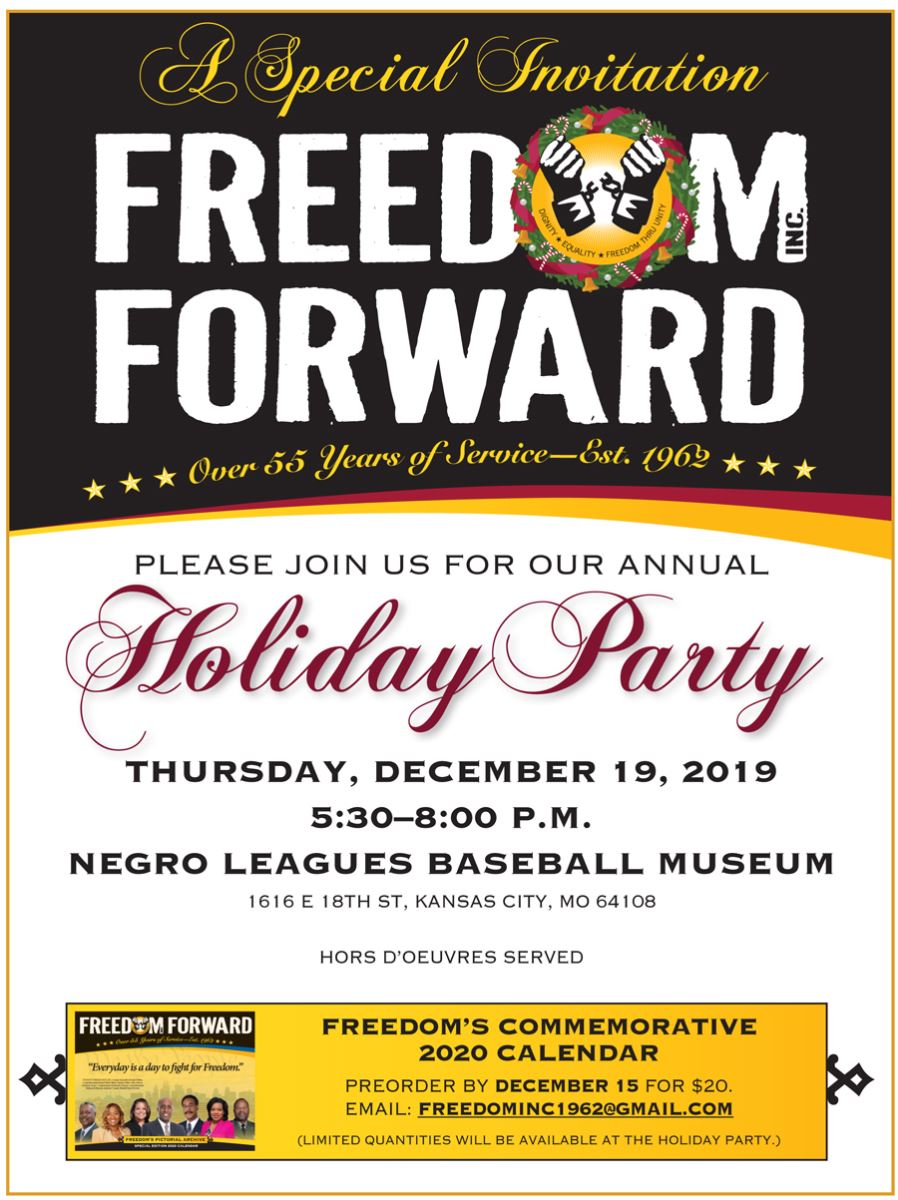 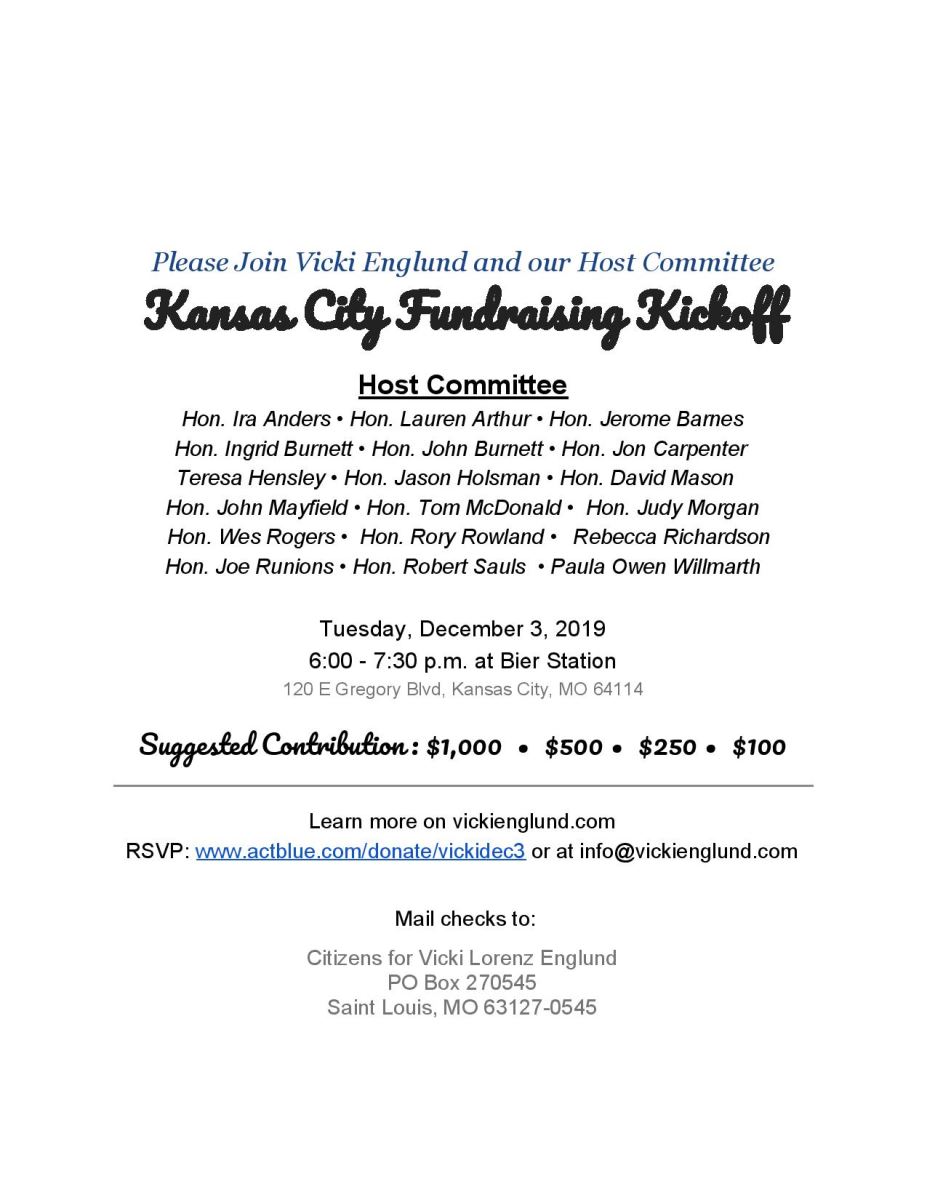 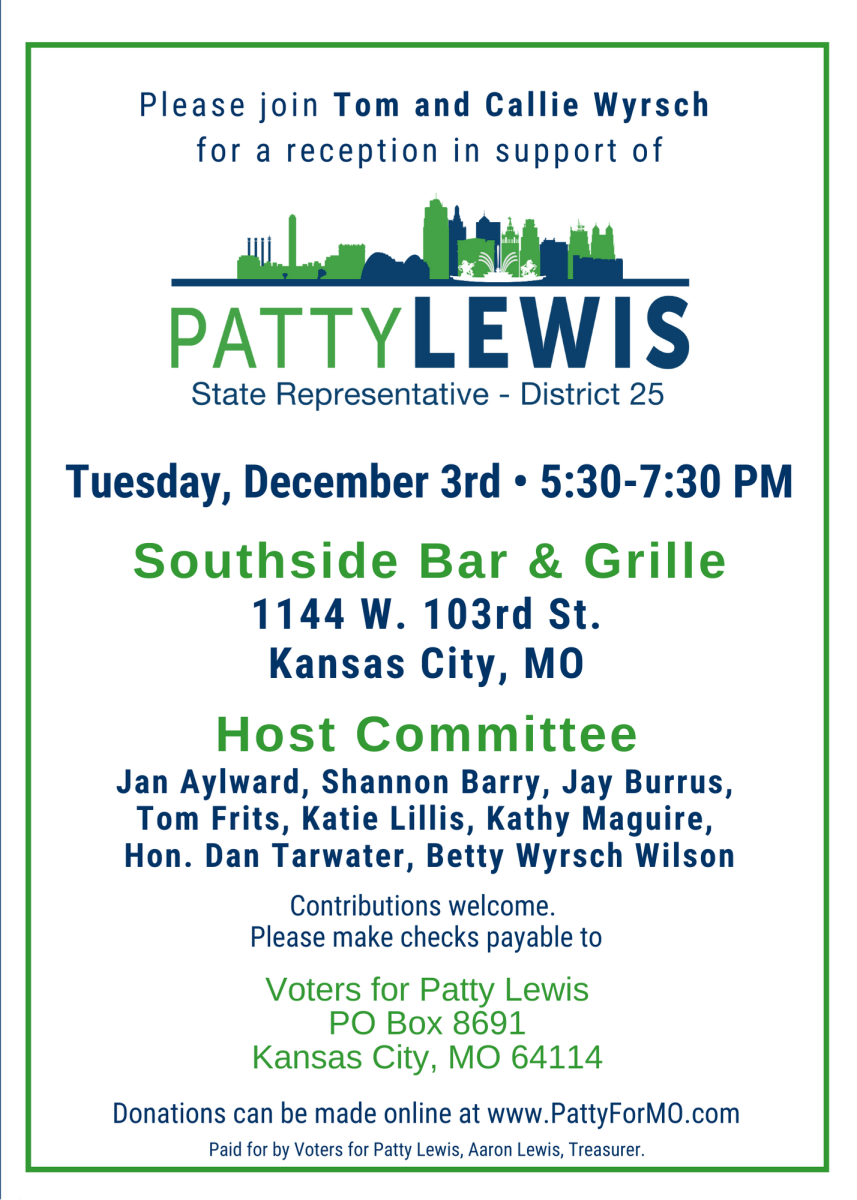 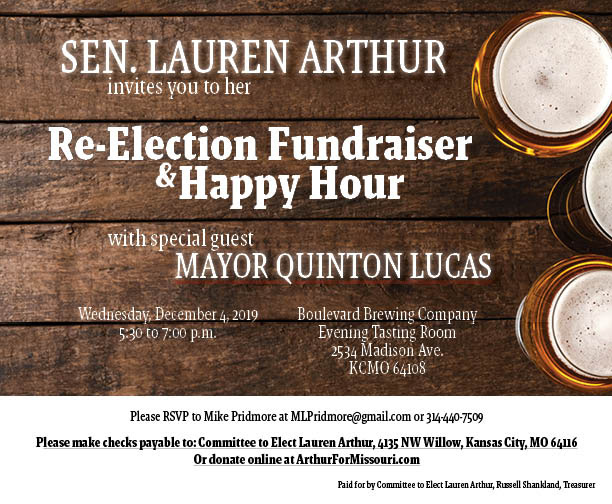 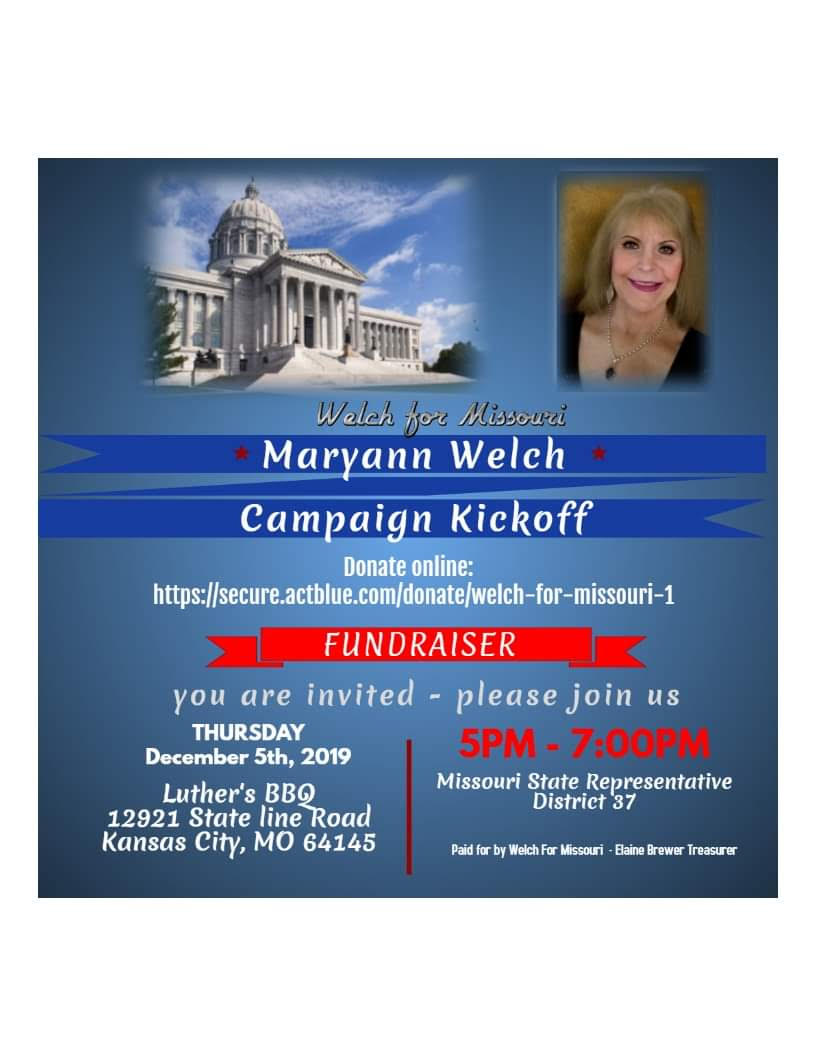 Please join the Greater Kansas City Women's Political Caucus for our annual holiday party at the Simpson House. We'll have live music, appetizers and beverages. Please bring your favorite dessert to share. Optional tax-deductible donation to fund 2020 campaign workshops. Guests are encouraged. Please RSVP so we have a head count! 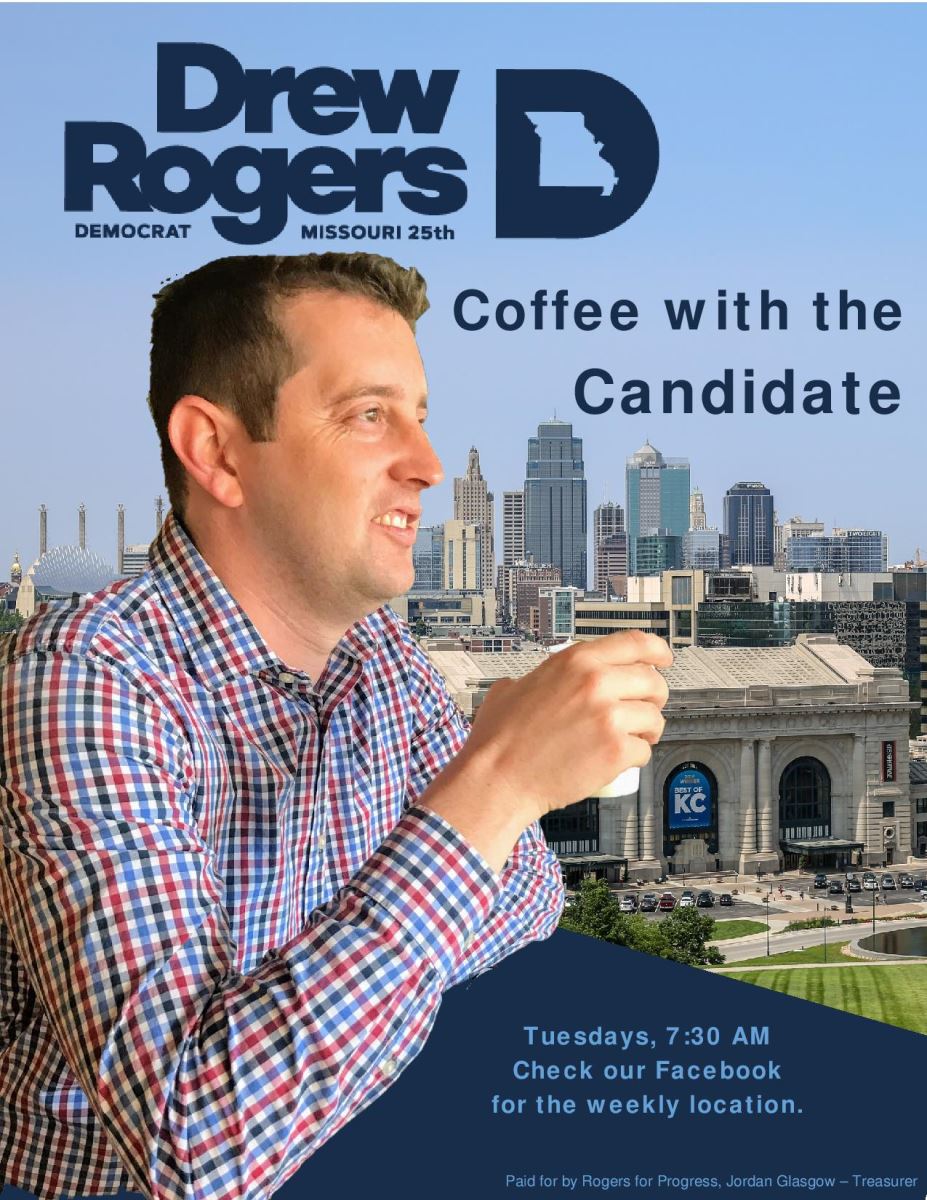